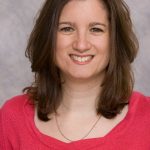 Feel free to contact and connect with me!
>Email ~ angela@jaynussrealtygroup.com
>LinkedIn ~ www.linkedin.com/in/angelanuss

Angela’s Vision Statement is “to leave the world a better place. I believe that women should be able to achieve happiness, health, wealth, love, and acceptance by leading an authentic life.”

While she has been around real estate her entire life, Angela officially joined the team in August 2018 when she obtained her Real Estate Salesperson License. Her geographical concentration is on the South Shore from Quincy to Plymouth and along and within the Route 95 corridor.

Prior to shifting to commercial real estate, Angela had been in the Property & Casualty Insurance industry specializing in business insurance since January 2007. She earned her license in 2009 and her CISR designation in 2011. Angela frequently provided consultative services regarding insurance aspects of leases for clients.

With a passion for helping others, Angela has been involved in various groups and organizations throughout her life including but not limited to Girl Scouts, South Shore Habitat for Humanity, Braintree Community Food Pantry, Sustainable Braintree, the Braintree Community Youth Center where she sat on the Board for 3 years and served as Volunteer Coordinator for 2 years, and Polka Dot Powerhouse. While she has been part of the Rotary family for her entire life, she officially became a Rotarian and a member of the Braintree Rotary Club in 2018 as part of the Club’s 95th Anniversary Celebration. While at Braintree High School, Angela co-founded the Braintree High School Interact Club which is still going strong to this day, and she chaired the Braintree Rotary Club’s Youth Service Committee for 2 years. She has been a member of Toastmasters since February 2016 and earned her Distinguished Toastmaster in 2020.

Angela holds a Bachelor of Science degree in Business Management from Bentley University. While at Bentley, she participated in the Emerging Leaders Program and was awarded the Unsung Hero Award her senior year. Angela continues to participate in professional continuing education, and through her avid reading, she focuses on personal development and growth. She enjoys Disney, travel, cultivating friendships, food, tennis, and biking, and she invests several hours per week in health and wellness programs.